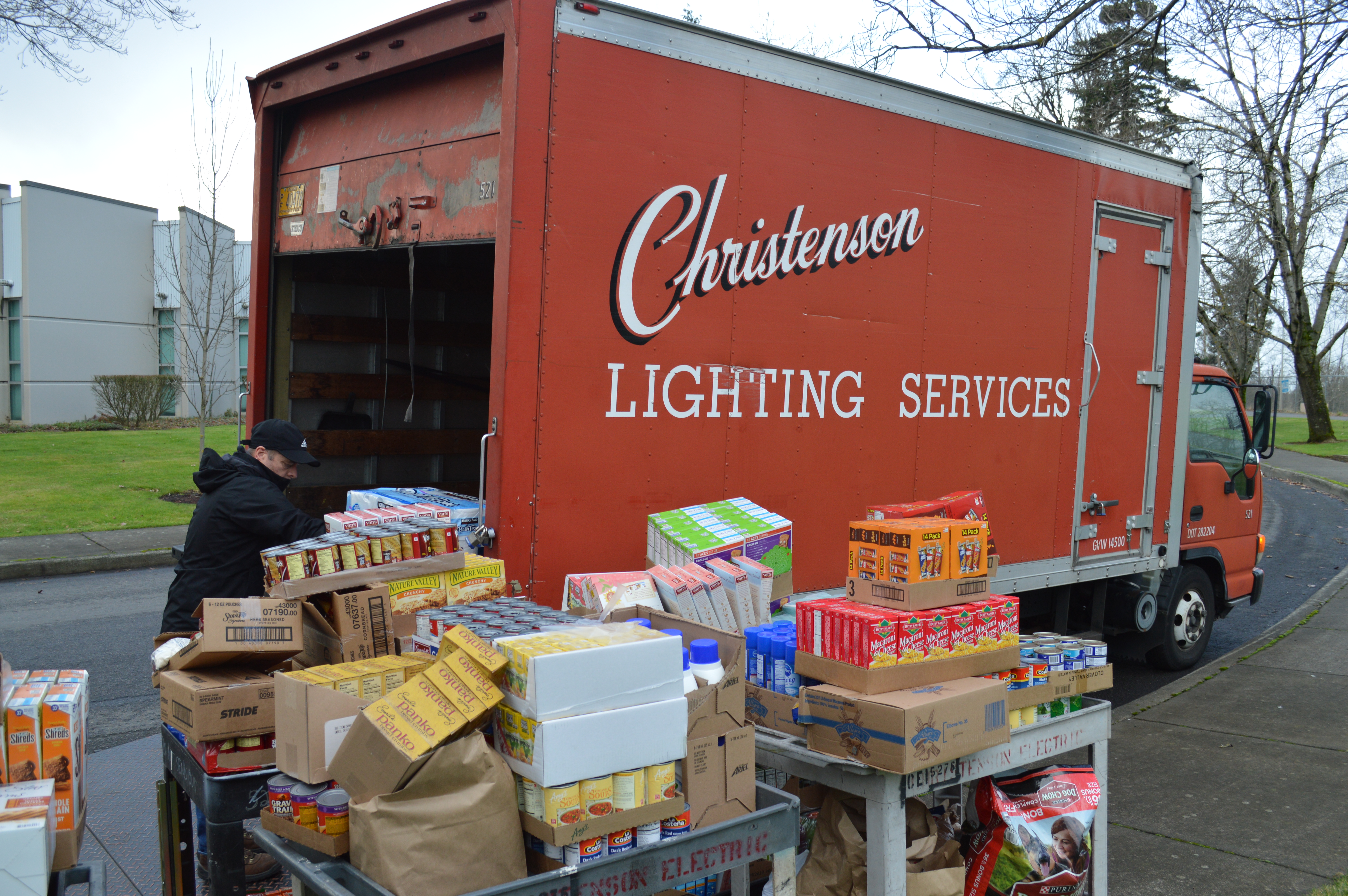 When Christenson Electric moved to their new headquarters in October 2015, they were asked if they wanted to carry on the tradition of providing meals to Wilkes Elementary families in need, a program that had been started by the former owners of their Gresham headquarters.

For those at Christenson Electric, the decision to carry on the tradition was a no-brainer, and they have since grown the program.

“Originally it was a partnership where Christenson was providing food boxes and gifts to families, but this year we decided it was going to be a little different in order to reach more families,” Villagomez said. “We went from 20 families last year, and we currently have 50 families signed up.”

According to Sarah Shields, the Principal at Wilkes Elementary School, the change has enabled the program to help more families in need.

“The two biggest things people cherished last year was toilet paper and towels,” Shields said. “We realized, these this are expenses, and if you are struggling, a new towel is not something you’re going to go buy because there are other things you have to focus on.”

For the employees at Christenson, a competitive nature to the donations quickly developed.

“Our first year, Good Samaritian was the one that kind of started the competition, by just submitting $200 cash saying, ‘I challenge you job sites, beat this’, and that was two years ago,” Joanne Gaspari, the Human Resources Manager at Christenson Electric, said. “Then last year they drove in with a pickup full of food and said, ‘beat this.’”

According to Gaspari, while the Good Samaritian job site was quiet early on, they ended up donating the most, bringing in over $3,000 of food donations to the Wilkes Holiday Pantry.

In addition to the employees at Christenson Electric, several community partners made donations to the drive as well, including: IBEW Local 48, Local 125, Local NECA leadership, the Grocery Outlet on Division, Mondelez, and many others.

“Each year, IBEW Local 125 looks forward to the opportunity to partner with Christenson Electric,” said Cheryl Arrant from IBEW Local 125. “It is an honor to be able to help families in our community during the Holiday Season.”

In total, there was about $8,000 worth of donations made this year. Christenson Electric and its employees plan to continue the Wilkes Holiday Pantry for years to come, with continued community support throughout the year.

Those at Wilkes Elementary made sure to express their appreciation for all the help and donations they received.

“It is so neat to see the community rally around the school,” said Shields. “There are kids in need here, and it’s pretty great that they do these things for them, it’s very humbling.” 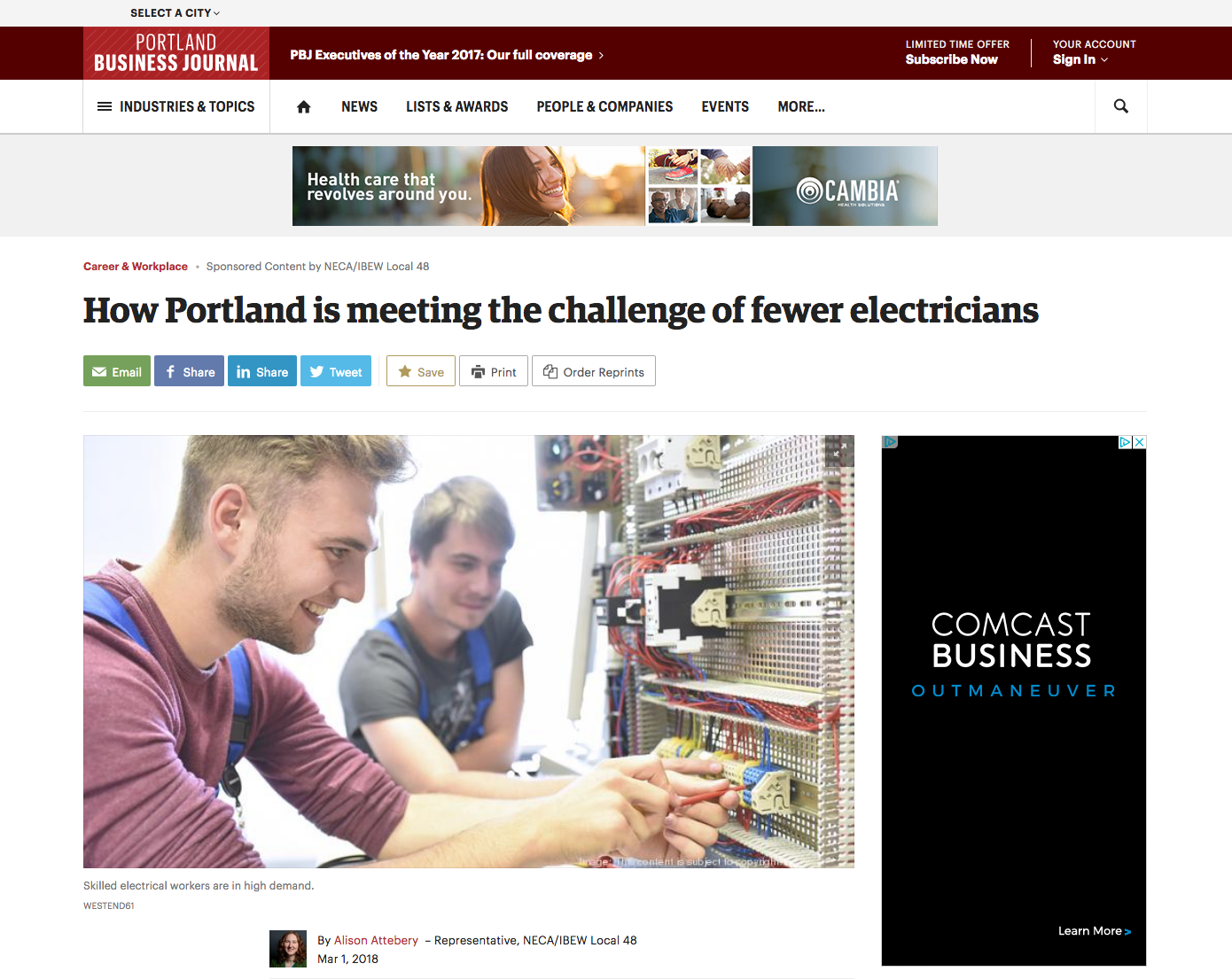 In a 2017 nationwide survey by Klein Tools, that produces tools for electrical workers, it was reported that:

These findings suggest that the industry currently has fewer experienced electricians working on job sites and there are not enough new workers to fill the shortage. This could cause issues for commercial developers and general contractors who have deadlines to meet.

Read the article in full at Portland Business Journal. 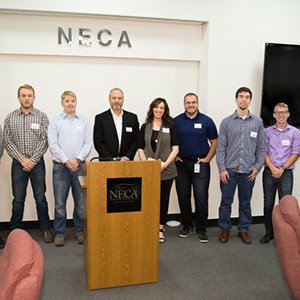 This summer, several NECA contractors hosted internships for Oregon State University students.  Over the weeks, the interns supported project management staff while learning estimating, scheduling, how to process submittals, cost management, and construction oversight.  They worked with various individuals within the companies to learn the different aspects of their operations.

This year’s group was:

OSU students who participate in the NECA internships have very positive internship experiences and most usually pursue full-time employment with an electrical contractor after graduation. 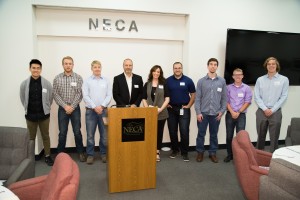